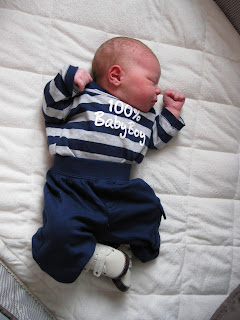 One year ago today, was the most painful day of my life................ :)
It was also the day I fell in love with a tiny (relatively speaking) person who changed my life forever!
Despite the lost sleep, the inconveniences, the missed date nights, and the paniced "what do I do?"..............
I would never trade it in all the world for the snuggles, the smiles, the kisses, the laughs and the sheer JOY you have brought into our lives!
March - a very sleepy mama :) 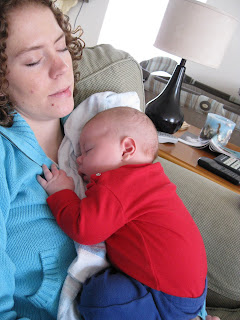 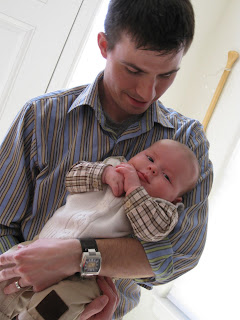 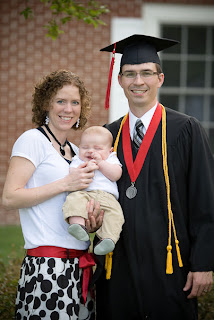 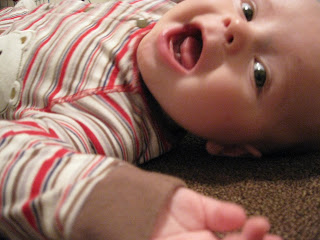 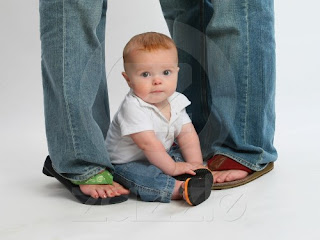 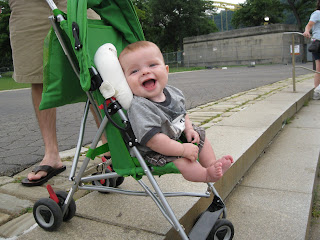 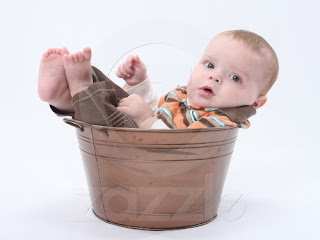 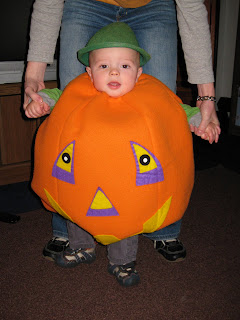 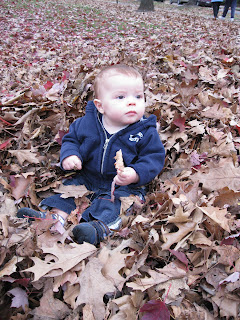 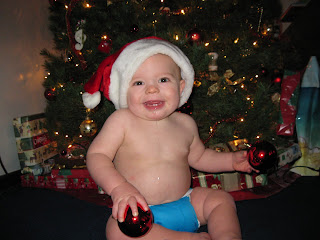 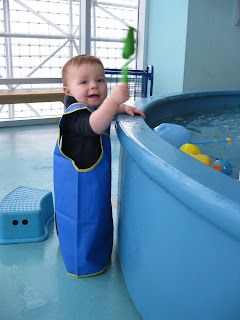 ~ What's new with Graham this month ~

>standing on his own! the first steps should follow soon!

We tried the rubbing the chest for quite a while, and he was not picking it up at all! He started clapping twice to say please, and so we are totally going with that! It also doubles as more, I want that, and give me. :) It has been EXTREMELY helpful! Now when he wants something, he points at it, and says please, be it milk, food, a toy, the computer...... :) ahhh, finally........some real communication!! He also signs eat and we're working on all done. That's another one that seem to be hard to pick up.

>done with the bottle! we transitioned to sippy cup this past week. Had some good days and some bad days (he is not in favor of altering his routines!!), but all in all, it went pretty smoothly.

>he's a foodie! yep, loves food and I am so thankful that he is such good eater. My problem is getting him to stop eating!! He doesn't EAT fruit, no, he INHALES it! His favorites are bananas, kiwi, mango, blueberries and clementines.

>I don't know that this is a pro or con, but he seems to be growing a ducktail. hmmmm....

>Drool, will you ever go away? See that wet suit in the above picture? well, I'm thinking of buying one for him to wear all the time! We mercifully had a nice little break from the droolfest, but the last month or so, it's been back and it's stronger than ever. I still don't see any more teeth, but they have to be coming right? I admit, I am a little weary of the constant soaked shirt.

>working on NOT chucking the sippy cup off of the high chair tray!

>He's a little OCD about having things on his changing table. Which means anything that happens to be on it - lotion, diaper cover, clothes - gets immediately chucked off. Ah, Gman, sometimes you do test my patience. :) Like, wouldn't it probably be ok for that stuff to stay there just once?!!

>This past week he developed a horrible diaper rash. :( It suddenly appeared and is like an open sore. Very painful and I am glad it seems to be getting better, slowly. Poor little guy, he's taken it like a trooper. Of course, it would probably help if he didn't ______ 3x a day! 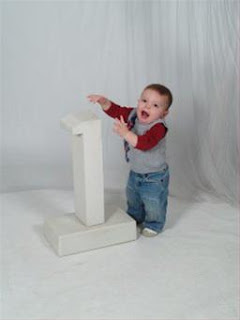 Happy Birthday Graham!!! Can you believe it's already been a year? Brynnie can relate to Graham's sore bottom...she started veggies recently and I'll just say it's been a little bit hard on her system...no fun.

graham is so cute. I can't believer how fast time flies! what a little blessing he is!

and you are an amazing mamma!